We work hard. We deliver.

A STORY
BEHIND EVERY BEER

Hop Kettle is founded on a passion for quality, independence and ambition.
These factors have been the driving force that have brought us to where we are today. 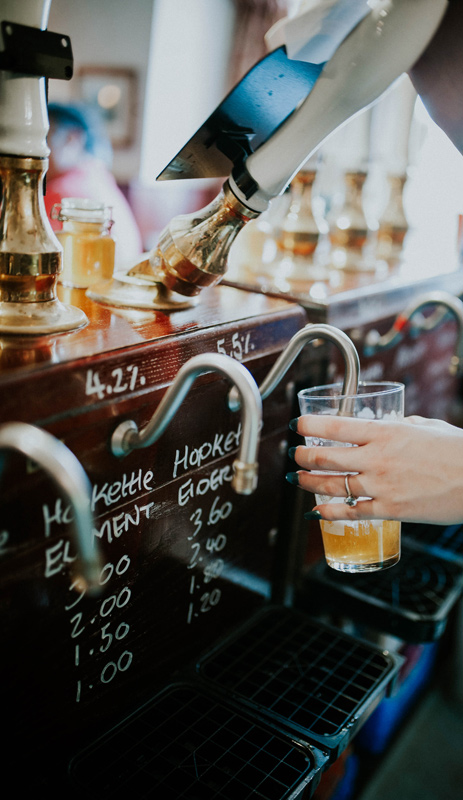 Based in Swindon and nearby Cricklade, the Hop Kettle Brewing Co. was founded by Tom Gee.

With over two decades of experience in hospitality, he has an insider’s understanding of the drinks industry, and the technical knowledge required to create one-of-a-kind brews.
Rather than seeing beer as an established product in an established industry, he saw it as a drink with no end of potential and variety. Hop Kettle Brewing Co. is his means of exploring the possibilities of brewing, using a diverse range of ingredients to create beers with unique flavour profiles.

It all began with the

In 2008, Tom purchased the Red Lion Inn, Cricklade, and the Hop Kettle Brewing Co. was born. Within four years (2012) the first Hop Kettle Brewery was up and running in a barn in the garden of the pub, providing customers with a selection of beers to be found nowhere else.

In 2015 a second larger brewery was opened in Swindon to enable an increase in production levels to satisfy the ever growing demand for Hop Kettle beers. In addition this expansion helped to grow a unique side of the business, Beer Tailor.

Beer Tailor was developed as an arm of the Hop Kettle Brewing Co. to develop and produce 100% unique, bespoke beers for customers including some of the most recognised restaurant/bar/hospitality groups in London including Busaba Eathai, Grind, Ceru and Joe Allen.

In 2019 Hop Kettle Brewing Co. sold the Red Lion Inn but kept the brewery in the garden and still produces beers for the pub and customers all over the local area.

Hop Kettle Brewing Co. has continued to grow year on year adding new arms to the business which include another 2 bars in Old Town, Swindon.

The latest addition to the business is the Hop Kettle Mobile Bar which was completed in 2021 and which will be making appearances at Festivals, Weddings, Campsites and many other events around the area.

We hope in the not too distant future to grow our bar portfolio even more and are constantly on the look out for new local sites that would fit our brand and business model perfectly. I became interested in beer a few years ago, and an opportunity came up to work on the bar at the Red Lion in Cricklade. I took over managing the cellar there a year before the Hop Kettle Brewing Co. opened, and once that took off I became more and more involved in the brewing at Cricklade. Today, I’ve taken over the entire brewing process at the Red Lion, learning from Tom and the other brewers, and picking things up as we go along. The last year or so I’ve been developing a lot of my own ideas and getting more involved in the design process. We brew twice a week in Cricklade, with an average of 650 litres each time, so I’ve had plenty of time to hone my skills as a brewer.

Proudest achievement in brewing: an oyster stout that was my own personal creation, and the first recipe I developed myself from initial idea all the way through to brewing. I decided to stick to tradition, adding fresh, locally sourced British oysters to the boil. They provide a light briny, salty flavour, working with the malt to fill out the body of the beer.

I also worked with our regular customers to create North Wall, our flagship beer at Cricklade. While we were developing the beer, we put five or six different batches on the bar, so our customers could try them and provide us with feedback, As a result, we were able to refine the recipe to produce a beer that both they and we were happy with.

Personal favourite: I enjoy so many different styles depending on the mood. One of the best beers I’ve ever had was on a trip to Belgium, at the Cantillon brewery. They specialise in Belgian sour beers, and to drink that straight from the barrel in the brewery was a pretty amazing experience. 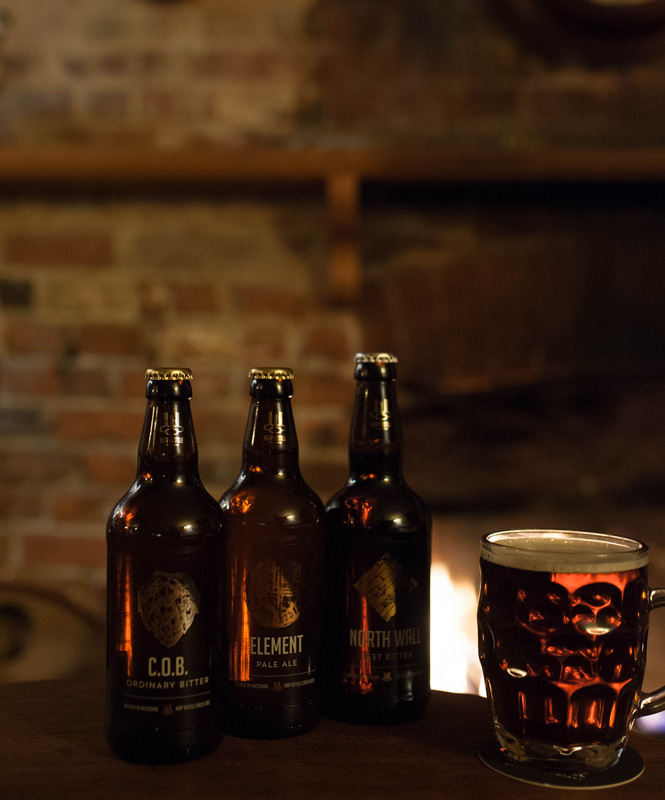 My father was a keen homebrewer for many years and I was always interested in brewing too. After working with Tom for a few years at the Red Lion, an opportunity came up to be a trainee brewer at the Weighbridge Brewhouse in Swindon. Four years of working alongside Mark Wallington (Former Archer’s owner and head brewer) had given me great knowledge and experience in brewing. At the same time, I was brewing on my homemade 70 litre brew kit to play around with recipe designs, and the successful ones got put into production at the brewery and onto the bar. In 2015 I returned to work with Tom at the Red Lion Inn, Cricklade, and after two years of managing the pub and brewing together, we opened Hop Kettle Brewing Co. in Swindon.

I’ve always been a massive beer enthusiast from a young age, and a number of my homebrews have taken off at both Weighbridge and Hop Kettle Brewing Co. I still dabble with the 70 litre kit, using it as my own experimental lab.

Proudest achievement in brewing: Seven years ago I started a homebrew project for an American-style red ale. That initial brew has now become RedStar, one of our standard house beers at Hop Kettle Brewing Co. Over the course of a few years I’ve made subtle adjustments, and today it is one the core beers we brew.

Personal favourite: Dead Pony Club, from Brewdog, is my go to beer – I’ve always got my fridge half full of it. It’s a West Coast American pale. I’ve been a massive fan of Brewdog for many years, and they’ve given me a lot of inspiration. If I try something and like it, I’ll make a mental note and work out how I can create something equal or better, in our own Hop Kettle Brewing Co. style.

Hop Kettle is founded on a passion for quality, independence and ambition. These factors have been the driving force that have brought us to where we are today.